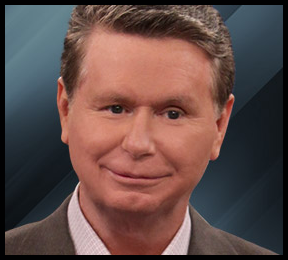 Since 1983, the acclaimed "Voice of the Common Man" has lightened up the airwaves of 700 WLW in Cincinnati with many national and local politicians, cultural leaders, authors, spin doctors and other miscreants resulting in the most listened to radio show in Ohio.

Bill is an attorney, business entrepreneur, former Ohio Assistant Attorney General; he was selected in 1983 as Ohio's Outstanding Young Lawyer by the Ohio State Bar Association; he's married to the Honorable Penelope H. Cunningham (Judge in the Ohio Court of Appeals).

Having already received every award the radio industry can bestow, including the 2001 Marconi as America's Large Market Radio Personality of the Year, Bill Cunningham remembers yesterday, embraces today and yearns for a better tomorrow.